Spirulina capsules of Planet Ayurveda has many health benefits and is used in various medical conditions. The spirulina capsules is made from pure spirulina extract and are 100% natural. The capsules have no side effects and can be used as dietary food supplement. Spirulina is a type of blue-green algae that is rich in protein, vitamins, minerals, and carotenoids, antioxidants that can help protect cells from damage. It contains nutrients, including B complex vitamins, beta-carotene, vitamin E, manganese, zinc, copper, iron, selenium, and gamma linolenic acid (an essential fatty acid). Spirulina -- like any blue-green algae -- can be contaminated with toxic substances called microcystins. It can also absorb heavy metals from the water where it is grown. 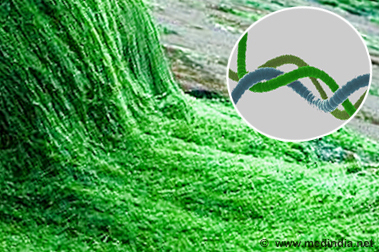 Spirulina is considered super-food. Spirulina is a tiny blue-green algae in the shape of a perfect spiral coil. Biologically speaking, it is one of the oldest inhabitants of the planet. Its scientific name is Arthrospira Plantensis. Spirulina is advised in following conditions:

Allergies : Spirulina holds some promise in the treatment of allergic rhinitis (nasal allergies), according to a research review published in 2009. Indeed, a previously published study of patients with allergic rhinitis found several benefits for spirulina consumption (including improvement in symptoms like nasal discharge, sneezing, congestion, and itching).

Diabetes : In a 2008 study involving 37 people with type 2 diabetes, researchers found that those assigned to 12 weeks of spirulina supplementation experienced a significant reduction in blood-fat levels. Spirulina benefits also included a decrease in inflammation and, for some patients, a decrease in blood pressure and cholesterol.

Dosage - 1 Capsule twice daily, About 1/2 an hour to 1 hour after meals with plain or lukewarm water.

Side Effects - No Side effects, Can be used with other herbal supplements, Vitamins or other herbal remedies or natural products.

Who should consume planet ayurveda's spirulina:

Spirulina contains rich vegetable protein (60~ 63 %, 3~4 times higher than fish or beef ), multi Vitamins (Vitamin B 12 is 3~4 times higher than animal liver), which is particularly lacking in a vegetarian diet. It contains a wide range of minerals (including Iron, Potassium, Magnesium Sodium, Phosphorus, Calcium etc.), a high volume of Beta- carotene which protects cells (5 time more than carrots, 40 time more than spinach), high volumes of gamma-Linolein acid (which can reduce cholesterol and prevent heart disease). Further, Spirulina contains Phycocyanin which can only be found in Spirulina.

VIDEO- What is Spirulina, Benefits, Uses, Composition and Side effects